Republic Day is observed in India every January 26. It was established to mark the 50th anniversary of the Indian Constitution, which replaced the Government of India Act (1935), as the governing document of India. Let us celebrate our 72nd Republic Day today. We will discuss the significance of the day, its importance, and why it is celebrated. 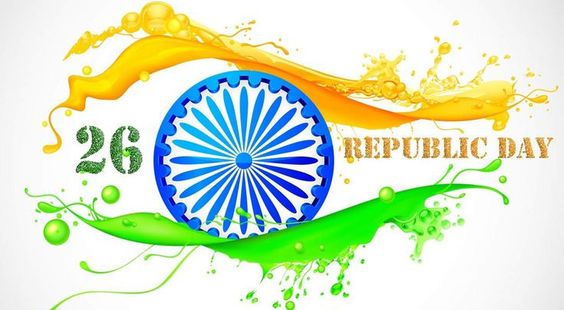 This year, we will celebrate the 72nd Republic Day. The festivities will be less intense this year due to the pandemic. However, there will still be many exciting additions to the parade's showcases and tableaux. We will tell you why Republic Day is celebrated in the country every January 26th and what the significance of this day is.

India gained independence on 15 August 1947, but the nation didn't have a permanent constitution. Instead, the country was functional under the laws that were based upon the modified colonial Government of India Act 355. A resolution was passed on 29 August 1947 to establish the Drafting Committee for the creation of a permanent constitution. Dr. B R Ambedkar was the chairman. On 4 November 1947, the Constituent Assembly received the first draft of the constitution from the committee.

The Assembly met for 166 consecutive days. It was spread over two years, 11 month and 18 days. Before adopting the Constitution, sessions were open to all. After much thought and modification, the Assembly's 308 members signed two copies each of the Hindi and English documents by hand on January 24th. Histroy was then created two days later. On January 26, 1950, the Republic Day, also known as Jan 26th, was when the Constitution of India became effective. This day India was made the Purna Swaraj country.

Official Republic Day celebrations are held every year in Delhi, at the Rajpath of the President of India. This day is marked by ceremonious parades that feature various regiments from the Indian army, Navy and Air Force as well as paramilitary forces, marching on the Rajpath. People from all over the country come together to celebrate the rich heritage and diversity of our country. Every year, on the eve Republic Day, the President distributes Padma Awards, i.e Padma Vibhushan, Padma Bhushan, Padma Shree, Padma Vibhushan and Padma Bhushan to civilians in India.

All over India, Republic Day is celebrated with great joy and gratification. It is a day to honor the Constitution of independent India. Regularly, schools and colleges hold national flag hoisting ceremonies. All over the country, cultural events are held to promote India's struggle towards freedom. The President of India hoists the Indian national flag at the India Gate in New Delhi. Rajpath, New Delhi is the site of the most prestigious parade. The Indian President conducts the parade and it is organized by the Ministry of Defence. The parade not only displays India's military prowess but also promotes India’s diverse culture. The event honors the martyrs who gave their lives for India. The Amar Jawan Jyoti at India Gate is where the Prime Minister of India honors the martyrs. The ceremony is followed by a 21 gun salute, flag raising, and the national anthem. Paramvir Chakra and Ashok Chakra are awarded to brave soldiers. Children and all citizens are honored for their courage in times of adversity.

The official end of Republic Day celebrations is marked by the Beating The Retreat. Every evening, all important Government Buildings will be beautifully decorated with sparkling lights from 26th to 29th. The third day following the Republic Day, the Retreat ceremony is called the Beating the Retreat. A solo performance by the drummers is also performed (known as The Drummer's call). The bands return to the stage playing the popular martial song Saare Jahan se Achcha. The Republic Day celebrations come to an end at 6 pm when the National Flag is lower and the National Anthem is sung.

Celebrations in India on Republic Day