These are the 5 Best Places to Visit in Delhi

Ask anyone about the top places to visit in Delhi. They will most likely start with the Red Fort, a UNESCO World Heritage Site. It is huge and makes people think about how much effort and time it took to build. 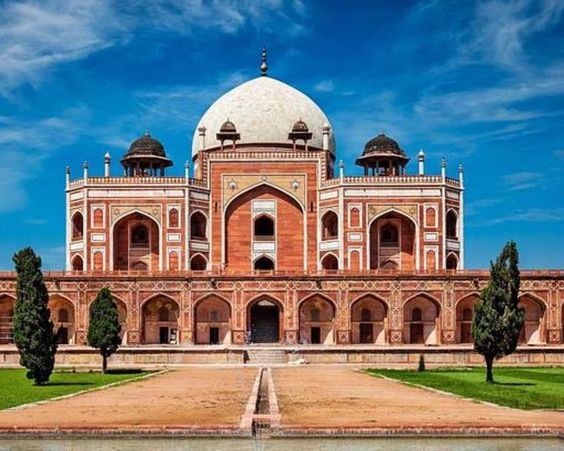 Ask anyone about the top places to visit in Delhi. They will most likely start with the Red Fort, a UNESCO World Heritage Site. It is huge and makes people think about how much effort and time it took to build.

From 1648, when Shah Jahan, 5th Mughal Emperor, decided to move his capital from Agra, to Delhi, it served as the official Mughal authority. Its reddish appearance is due to red sandstone, which was the primary material used for its construction.

The Akshardham temple is a must-see on any sightseeing tour of Delhi. It is especially important for people with a spiritual bent. It was built in 2005 and is listed in the Guinness Book of World Records. It is worth visiting.

It dominates both the skyline and the minds of all who see it. The temple complex also has a stepwell, which is believed to be one of the largest in India. The main attraction is the idol and 20,000 deities of Lord Swaminarayana.

It's Connaught place to others. To Delhiites it's just "CP". It is easily identifiable from a distance due to its colonnade, rows of luxurious stores featuring globally-respected brands, and bars and restaurants. For those who prefer the traditional, stylish way to do things or want to spend a day out, this is still the best place.

It is important to know that it has two concentric circles, the Inner Circle and Outer Circle. This is the place where Delhi's nightlife thrives.

Humayun’s Tomb is the first in two ways: It was the first subcontinental garden tomb and the first structure to be built with red sandstone. In 1993, this famous tourist attraction in Delhi was designated a UNESCO World Heritage Site.

Upon your visit, the white dome and Mughal Gardens will both grab your attention. Empress Bega Begum was the first wife to Emperor Humayun and commissioned its construction. The mausoleum today houses the remains of many famous Mughal emperors, wives and sons.

You can include the National Zoological Park in your Delhi Darshan Tour. It will be a great experience to see the many animals, especially the favourites such as the Royal Bengal Tiger, Indian Rhinoceros, chimpanzee, spider monkey, hippopotamus, and chimpanzee.

Bird lovers will be able to spot exotic birds such as the Great Indian Hornbill. Reptiles like Indian Cobra and diadem snake will always attract admiration from visitors.

Indian Chaat Recipes you could easily Make At home