Holi, a traditional Hindu festival, celebrates the beginning of spring and takes place over two days. It is a celebration of fertility, colour and love, as well as the triumph of good over evil. Holi is one of the major festivals of India and is the most vibrant of all. 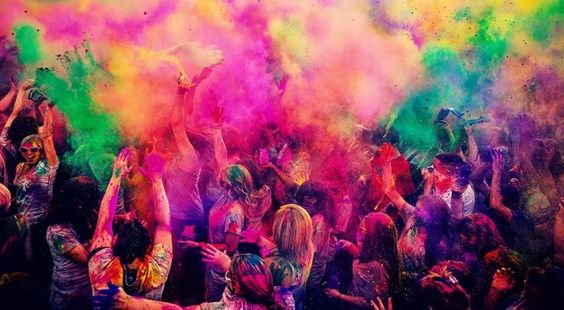 Holi is the festival of colours, one of the most awaited festivals in the country and celebrated by Hindus all over the country. The festival is celebrated with much joy and vigour all across the country especially in North India. Holi is not just a festival; it’s a tradition which dates back millenniums. It’s one of those festivals that brings out the child in everyone.

The colourful festival of Holi spans over two days and marks the beginning of spring. On the first day, known as day of “Holika Dahan”, fire is lit marking the victory of truth over evil. The second day is “Phag”, when the actual Holi is celebrated with vibrant colours and water. The festival bridges gap between people of different communities and age groups and people hug each other while smearing each other’s face with paint.

Holika Dahan takes place the night before Rangwali Holi. Wood and dung-cakes are burned in a symbolic pyre to signify good defeating evil (in Hindu Vedi scriptures, the God Vishnu helps burn the devil Holika to death). The next morning, people gather in public spaces and take part in Rangwali Holi. This is a raucous affair where people chase each other around, throwing handfuls of coloured powders (known as gulal) at one another, while getting drenched in water.

What is the coloured powder and what does it mean?

Historically, the gulal was made of turmeric, paste and flower extracts, but today synthetic versions are largely used. The four main powder colours are used to represent different things. Red reflects love and fertility, blue is the colour of Krishna, yellow is the colour of turmeric and green symbolises spring and new beginnings.

Why is it celebrated? 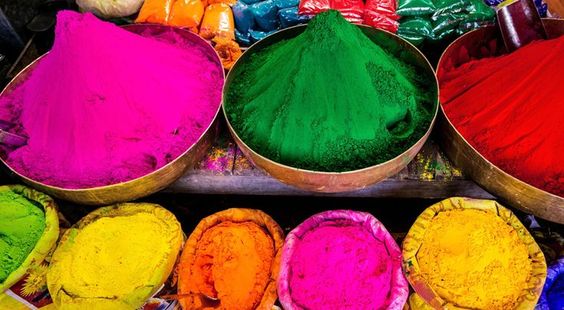 In the scheme of Hindu celebrations, Holi is a relatively secular one. It draws on various mythologies. First and foremost is the burning of the devil Holika, but it also draws on the legend of Radha and Krishna. Krishna loved Radha, but felt self-conscious about how different their skin-colours were. So on the advice of his mother, he went and playfully painted her face so it was the same colour as his. It is said that lovers often celebrate Holi in this tradition, by colouring their faces the same colour during the celebrations.

How is Holi celebrated? 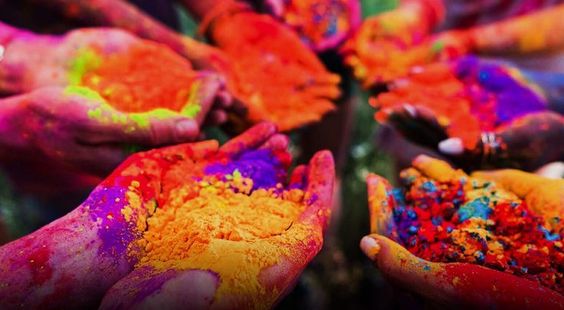 On the eve of the festival, large pyres are lit in many parts of India to signify the burning of evil spirits. People often throw wood, dried leaves and twigs into bonfires. On the day of Holi, entire streets and towns turn red, green and yellow as people throw colored powder into the air and splash them on others. Each color carries a meaning. Red, for example, symbolizes love and fertility while green stands for new beginnings. People also splash water on each other in celebration. Water guns are used to squirt water, while balloons filled with colored water are also flung from rooftops. Later in the day, families gather together for festive meals. It is also common to distribute sweets among neighbors and friends.

Why has Holi become popular outside India? 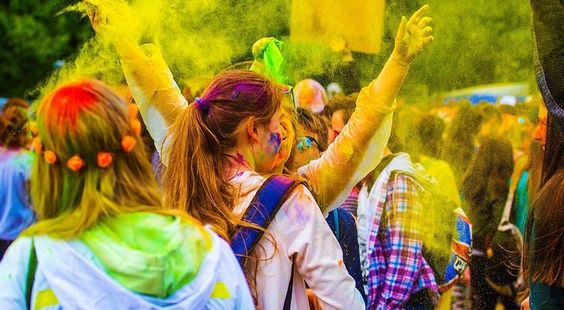 Holi has become increasingly popular outside of India — in large part because of the millions of Indians and other South Asians living all over the world. As with Diwali, another Indian festival, communities with South Asian heritage living abroad often get together to celebrate Holi.

Top 5 Things You Should Do in Rishikesh

Indian Chaat Recipes you could easily Make At home